SARS-CoV-2 and Inflammatory Syndromes in Children

Discussion
Kawasaki disease (KD) is a rare paediatric vasculitis most commonly affecting children under the age of 5 years, with coronary artery aneurysms the most concerning complication arising from this clinically-diagnosed entity.
Rarely, children with KD can present with Kawasaki Shock Syndrome (KSS), associated with features of hypotension and impaired cardiac contractility. The cause of KD remains unknown, and previous investigation of seasonal coronaviruses in the role of KD pathogenesis has found no causative association.1,2

While increasing evidence indicates that severe illness due to COVID-19 in children is exceedingly rare,3 recently, the focus has shifted to a possible temporal association of high rates of community transmission of SARS-CoV-2 and the evolution of a novel, severe Kawasaki-like disease in children4 which has emerged approximately one month behind a surge in local SARS-CoV-2 epidemiological curves. Over April-May 2020, a number of alerts were released describing an inflammatory syndrome noted in children in the UK, USA, and Italy. To-date, this has not been reported in Asian countries in which COVID-19 epidemics have occurred and there are no confirmed cases in Australia. This hyper inflammatory syndrome commonly occurs in children who are SARS-CoV-2 RT-PCR negative, reducing the likelihood of this clinical entity being caused by direct viral injury but rather postulating an immune-mediated hyper inflammatory response.

Media interest in this condition has been immense, following an alert circulated on 27th April 2020 to members of the British Paediatric Critical Care Society (PICS) 5 highlighting ‘a small rise in the number of cases of critically ill children presenting with an unusual clinical pictures’ thought to have ‘common overlapping features of toxic shock syndrome and atypical Kawasaki disease’, with a proportion of these children (approximately half) testing positive for SARS-CoV-2 via RT-PCR or serological-based tests. On the basis of this alert, a case definition for Paediatric Inflammatory Multisystem Syndrome temporally associated with SARS-CoV-2 (PIMS-TS) was published by the Royal College of Paediatrics and Child Health (UK); 6 concurrently, a similar clinical entity was defined as the Multisystem Inflammatory Syndrome in Children (MIS-C) by the US Center for Disease Control and Prevention
(CDC). 7 The first publication regarding this new entity was a descriptive analysis of 8 children in London (6 of whom were of Afro-Caribbean descent) with hyper inflammatory shock and positive SARS-CoV-2 serology. 8 All childrenpresented with fever, peripheral oedema, generalised extremity pain and significant gastrointestinal symptoms, progressing to vasoplegic shock refractory to volume resuscitation and requiring inotropes for haemodynamic support.8 One week later, a descriptive analysis of 10 cases was published from the Italian epicentre of the SARSCoV-2 epidemic,4 describing children of an older age bracket than is typical of KD (7.5 years, SD 3.5) who exhibited a higher incidence of cardiac involvement than usually occurs in KD. Eight of these 10 children had serological evidence of exposure to SARS-CoV-2. Half of these children required inotropic support and 8 received corticosteroids alongside IVIg in their management, although recovery was complete in all children.4  On May 14th, the US CDC released a report describing 102 children (mean age 8.6 years, range 2.2-17 years) meeting the criteria for MIS-C, who presented with a persistent fever and a constellation of symptoms including hypotension, multiorgan involvement (predominantly cardiac and gastrointestinal) and elevated inflammatory markers and laboratory evidence for current or recent SARS-CoV-2 infection (by RT-PCR, serology or antigen test), or had a known COVID-19 exposure in the prior 4 weeks.7 This cohort had minimal Caucasian representation and a high representation of Black (24%) and Hispanic (27%) populations. Almost half (48%) of these children
exhibited coronary artery abnormalities. All were treated with IVIg, with many also receiving methylprednisolone, and a small proportion received treatment with biologic agents (Anakinra, Tocilizumab). There were no mortalities reported.7 Finally, a preprint alerting to an ‘outbreak’ of 17 children (mean age 7.5 years, range 3.7-16.6 years) meeting the diagnostic criteria for KD who were admitted to a University hospital in France over an 11-day period (April 27th- May 7th) was recently released.9 The majority (60%) of these children were of sub-Saharan African or Caribbean descent and 40% were obese. Eleven (64%) of these children presented with features of shock, and 12 (70%) exhibited myocarditis. SARS-CoV-2 IgG antibody was positive in 14/16 (87.5%) children. All children had a favourable clinical outcome 9
Ultimately, understanding this inflammatory phenomenon in children is important, and a number of surveillance studies have been established to better monitor the emergence of this clinical entity.12 While the association with SARS-CoV-2 is currently largely temporal, the pathophysiology is plausible with the endothelial inflammation and
accumulation of inflammatory cells seen on autopsy in individuals with severe COVID-19.10 In adults with COVID- 19, cytokine storm, macrophage activation syndromes and haemophagocytic lymphohistiocytosis have been described.11 However, there is still no proven direct causal association between SARS-CoV-2 and PIMS-TS/MISC and all case descriptions are observational to-date, arising from limited geographic settings where widespread community transmission of SARS-CoV-2 is known to occur (and the serological association may therefore be incidental). Even in those settings, PIMS-TS/MIS-C is proving to be an exceedingly rare condition.
Conclusions
 An uncommon, novel hyper inflammatory condition in children has emerged one month behind the surge in
the SARS-CoV-2 epidemiological curve in countries with high rates of community transmission of SARS-CoV-
2.
 To-date, this hyper inflammatory syndrome has been reported in France, the UK (defined as PIMS-TS) and
the US (defined as MIS-C).
 There are significant differences between classical KD and PIMS-TS/MIS-C; including a predilection to occur
in older children, predominance of gastrointestinal features (particularly abdominal pain), and a higher rate of
coronary artery involvement than is usually evident in KD.
 At the time of writing, there has not been an increase in KD diagnoses in Australia in 2020 compared to
previous years and there have been no confirmed cases of PIMS-TS/MIS-C in children in Australia.
 Clinicians should pursue their usual management of KD in children. For any patient considered to have PIMSTS/
MIS-C, arrange testing for SARS-CoV-2 by RT-PCR and collect serum prior to administering IVIg therapy,
while ensuring cardiology, infectious diseases and immunology involvement occurs early.
 Surveillance is important to continue to monitor the evolution of this clinical entity. 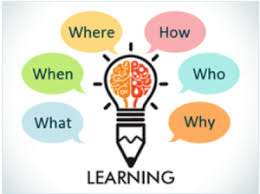 The election for a new board members and election committee members will start September 14, 2022. It will be an online voting process. The election process will end September 28, 2022.

We are very happy to introduce you to the new website with an updated content in a new layout. The Director of Communications, Ruchi Saka, is working closely together with